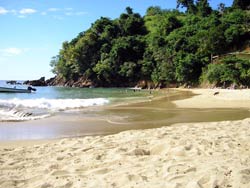 Tobago was originally inhabited by the Carib people who moved to the island more than 2,500 years ago. Research is still being carried out into the type of society the Caribs had established and you may be lucky enough to see archaeological work in progress.

As ‘Hunter Gatherers’ these people were semi nomadic and left no permanent buildings but evidence has been found at a series of sites which has revealed that they had a developed society.

The British thought that they discovered the island in 1508! However, Christobal Colon or Christopher Columbus to most of us was the first European to set foot on the island (in 1498).

Tobago has been claimed by many countries, Britain or to be exact England, France, Spain 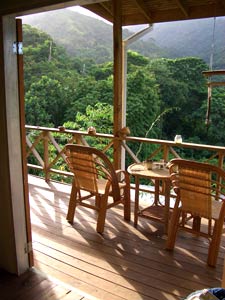 and even the Americans invaded during their war of independence and held the island for a year, with the odd Dutch interval but it was ultimately relinquished to Britain in 1814. Pirates settled on the island as well. You can still see the latter’s influence by names like Bloody Bay and Pirate’s Bay.

The two islands Trinidad and Tobago became independent on August 31st, 1962 and on August 1st, 1976 they became a republic.

The population of the island is around 60,000 of which the largest proportion is of African origin descendants of slaves and indentured labourers brought to Tobago to work the plantations. There are also large Asian & Ethnic Chinese communities mostly descendents of indentured labour brought in the 19th century by tobacco and sugar growers. All of this makes for a very interesting local cuisine.

Although all of Castara is within easy walking distance of Lillibets, Tobago is a wonderfully easy and safe island to explore and we strongly recommend that guests consider a self-drive car or jeep rental for at least part of their holiday. For the convenience of guests, our local co-owner of Lillibets can provide affordable, reliable vehicles through Taylor's Jeep & Car Rental. 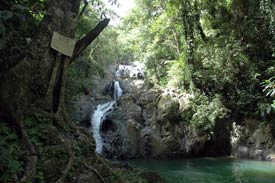 For detailed tourist information about Tobago, including extensive information on how to get here, we recommend www.myTobago.info.

What must be remembered is that a large portion of Tobago is rainforest so some rain is inevitable.

The sea temperature is constant at around 82° F that is 28° C which makes sea bathing wonderful at any time of the year. There is excellent snorkelling a short swim from the beach just next to the apartments.

Tobago is outside of the hurricane belt but will have the occasional tropical storm and these, I believe, can be quite spectacular.